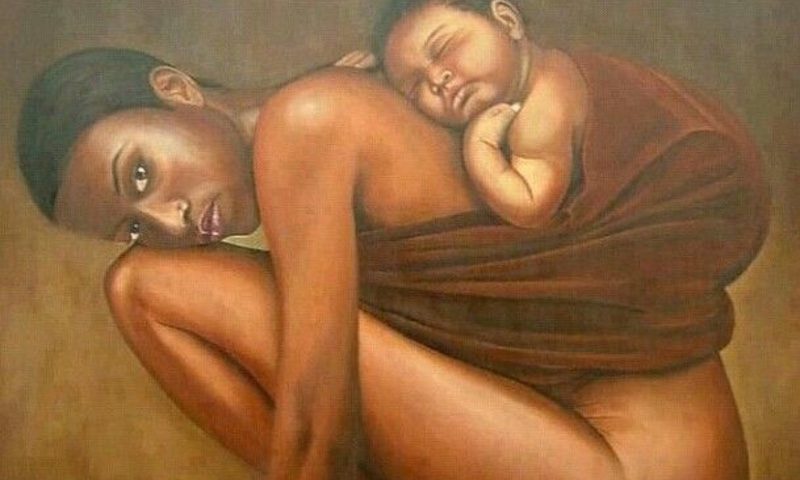 A young cameroonian working mommy, Olivia Mukam Wandji, shares with us the lessons learnt from her newly motherhood…

Here is an excerpt…

One of my biggest #LessonLearned from my pregnancy, delivery, and new motherhood is the realization that I had no clue what was coming after my delivery.

In theory, throughout the 8.5 months of my pregnancy, I knew I was going to give birth. I was waiting for my baby. I knew I would be a parent.
In practice also, I had bought all the necessary physical things for the baby’s care, and received twice as much from friends and family.
In reality, however, I was stuck in a bubble of pregnancy, focused solely on the delivery process, and how it will go. Not once, did I internalize the physical, mental, and logistical challenges that would follow my baby’s delivery.

I honestly, was not prepared (and did not think about), nor expect, or think normal the following post pregnancy phases. Since I have written extensively about this phase many times before, I will just give bullet points and highlights:

i. The level of sleep deprivation I would have during the first 3 months.
** I was told during my pregnancy “get ready to never sleep the same again.” Or, “you won’t get enough sleep with new baby.” And while I nodded in approval, I did not expect it to be a drastic change from sleeping 7 to 9 hours per night, to sleeping 3 to 5 hours per night, in 3 intervals of 1 hour to 1.5 hours.
** I didn’t also think it was normal, that at least half of the mothers in the world go through this phase. Because, how could something this major be unspoken of, in the non-new-mommy world? How did I not know of this?
** Like I’ve written before, sleep-deprivation leads to all sorts of other dysfunctional attitudes: being cranky, snappy, grumpy, being blah!

ii. The amount of times my baby would nurse per day, and the little time in between feedings.
***That was a seriously shocker to me. I didn’t think it was normal, even after I googled it about 5 times. “How would a baby eat for so long (30 minutes) and eat again an hour (or if you are lucky, 1.5 hours) after the end of his last meal?” (I googled it just like that) How could it be normal? I asked all the pregnant women I could think about, and guess what, they all said “yeah… that’s normal!”
***I did not see that coming. I did not. I was fighting that reality. I thought I could modify it somehow. Until I accepted and worked with the time I had at hand. Every two hour, I knew the baby had to be breastfeeding.

iii. The fact that my appetite while nursing will double that of my pregnant-self.
***When I wondered out loud: “how come I feel hungrier now than during pregnancy?” all the mammas in the room told me “of course you do, you are breastfeeding, it takes energy, and nutrients. You have to eat.”
Uhmmm… why didn’t I know this? That while I would lose my pregnancy fat, there’s another type of fat I would need to battle against, after the nursing phase: breastfeeding fat?

iv. The baby’s dependence on me, and my limited time to leave the house for more than 2 hours in a row
***I did not expect, or even think about how the baby, in his early months will be so dependent on me — since I carried his food in me. I did everything so quickly. When I went out of the house, it was for 2 hours max. I would pump at times, but while I was on maternity leave, I chose to maximize breastfeeding over bottle. With that constraint, I had to readjust my mind to have most things come to me: Hair dresser, grocery shopping, co-workers, project-partners, et al.

v. The shear amount of work it was to take care of a baby around the clock (even when you have help from family during those early days)
*** No additional commentary needed. It is work!

vi. The depth of pain that I would have when seeing my baby in pain.
** Those colic, man! Why did I not know about them? For my son, it happened at 3 weeks . He twisted, turned, and screamed. I was taken aback, not knowing what was happening, crying as I was watching him squirming out of pain. Called my mom, who reassured me it’s probably colic, and Gripe water would help. It did help.
** Same thing happened when he was sick and had to be injected in the hospital, they had to find veins…I actually don’t even want to think about that episode. Only God kept me. Only God’s Holy Spirit fortified me and hubby during the 3 episodes that made us hurry like mad cows, at night time, to the hospital. I will always remember the 1 week I spent in the hospital with my baby, when he was 5 weeks old and had candida bacteria infection. During that week, I slept on average 3 hours per night, broken down in portions of 45 minutes. Because my baby was too weak to eat much at once, he would wake up, eat for 10 minutes, then sleep for 40 minutes; wake up again, eat for 5 minutes, then sleep for an hour; do that till morning time, for 5 solid days before he started feeling much better.
*** Long story short, new mammas: get ready to tear up inside during hospital visits, vaccinations, and all those shots during the baby’s first 3 months.

vii. The reality that my hubby could only do as much, and that I should not lash out at him for not being as 100% involved and as alert as I, the mother.

*While Charlie would help with making the bay burp after meals, or rocking him to sleep, I used to be angry that Charlie could sleep through the night when the baby would cry at night. I used to be bitter that with my sleep deprivation, exhaustion, I still had to be the one to nurse the baby (who would!? Lol), comfort him, wake up at night, not have a good extended break. But my Merlyn Calderon-Schultz sent me an inbox via Facebook, during that first week, as if she knew what was cooking, she told me “appreciate your husband. Appreciate what he does. He doesn’t have the natural food for the baby, so he can’t do as much as you. Make sure you don’t put your stress on him.” — During that week I didn’t realize that’s what I was doing. It took me 3 weeks, to understand Merlyn’s point. It wasn’t Charlie’s fault. It was my role at that point. He did what he could do at that point.

viii. The tirednesss! The exhaustion. The withering of your mind and body.
***I could actually write this point over and over. The tiredness! That tiredness! You end up just “Functioning” for those first weeks. I tell you, I don’t even know how to describe that level of tiredness.

ix. The quick growth of the baby!
*** The newborn phase are 3 months that seem so long and interminable, but after that, it truly gets better. Starting around the 2nd month for me, it got better. I remember the 2nd week postpartum, I wrote messages to 4 young moms, asking them if most of the points above were normal. They would tell me something around the lines of, “Yup! We went through that, but it will get better.” Most moms would tell me, “don’t worry. Brace yourself. Just function. It will get better!” I probably didn’t believe them during those early weeks, I thought, do moms around the world really go through this? How did I not know about this? Will I ever sleep again? Will I ever take a long shower again? Will I ever listen to music with earphones plugged in my ears? Why can’t I just have 4 hours of uninterrupted sleep?

Well guess what? It does get better. It really does. 6 months postpartum, my baby sleeps through the night, from 7pm to 6am, with one breastfeeding at midnight (while he is sleeping). He started this cycle 2 weeks ago, when his teeth started appearing (don’t know if it’s connected). I have been sleeping at least 6 hours per night. Now that he eats formula and solids, he eats every 4 hours. And take 2 hour naps (compared to the 10–30 minutes naps he was taking from 4 to 6 months — during the sleep schedule change). It gets better, with sleep deprivation. I hear the challenges of chasing after a walking baby, who is resolute on putting everything he discovers and holds in his mouth, is another ball game. Bring it on!

x . The strength of my love and relationship with God just magnified during this period as I was totally weak and powerless.
***You think you love God, you think you need God, you think you rely on God until you have a life in your hands for which you are willing to give yourself away, to preserve him, to protect him, to nurture him. God kept me. God Kept us. In the span of 15 months, I have seen and experienced an accumulation of God’s hand, His signs, and His Holy Spirit working in our lives. I am glad that coming of Baby Josh drew me and Charlie even closer to God, and that Joshua is (like his Biblical namesake) bringing us to the land flowing with milk and honey. As it is said in Psalm 127 :3 (KJV) — “Lo, children are an heritage of the Lord: and the fruit of the womb is his reward.” And when you declare on your child that he is a blessing of God, and as it is written in Proverb 10:22 (NLV) “ The good that comes from the Lord makes one rich, and He adds no sorrow to it.”
I have learned that standing on the word of God, and speaking its truths on my child’s life, has not only given me a solid reassurance and peace; but those words are seeds for my child’s positive and great future.

I’ll conclude with this piece of advice to the women pregnant for the first time:

Sister, please try to psychologically integrate the first 3 months of mommyhood in your pregnancy plan, as the 4th trimester. Be conscious of it. If possible, get exposed to it (via someone else’s child — I know it would have helped me tremendously to have been exposed to a newborn, for a few days). Prepare for it. And Surrender it to God. Don’t fight the reality of those first weeks. Accept it. Surrender to it. Make it your new way of life (at least for 6 months), not the other way. Scratch the idea of the normal routine you had before. One thing that took me time to acknowledge and accept is that during the baby’s newborn phase, it’s not the baby that has to fit into my usual self/schedule/plans; it is I who has to fit into the baby’s routine. Once I did that, I felt a lot of the weight, confusion and frustration lifted off my mind and shoulders.

In the hope this write up, disguised as a “top-10 list, within a top-ten list” will help some mamma, dadda, or friend reading this, I wish you — yes YOU — who finished reading this, an enriching and enjoyable experience with pregnancy, motherhood, or parenthood.

From : 10 Lessons learned during my 4-trimester pregnancy in Africa 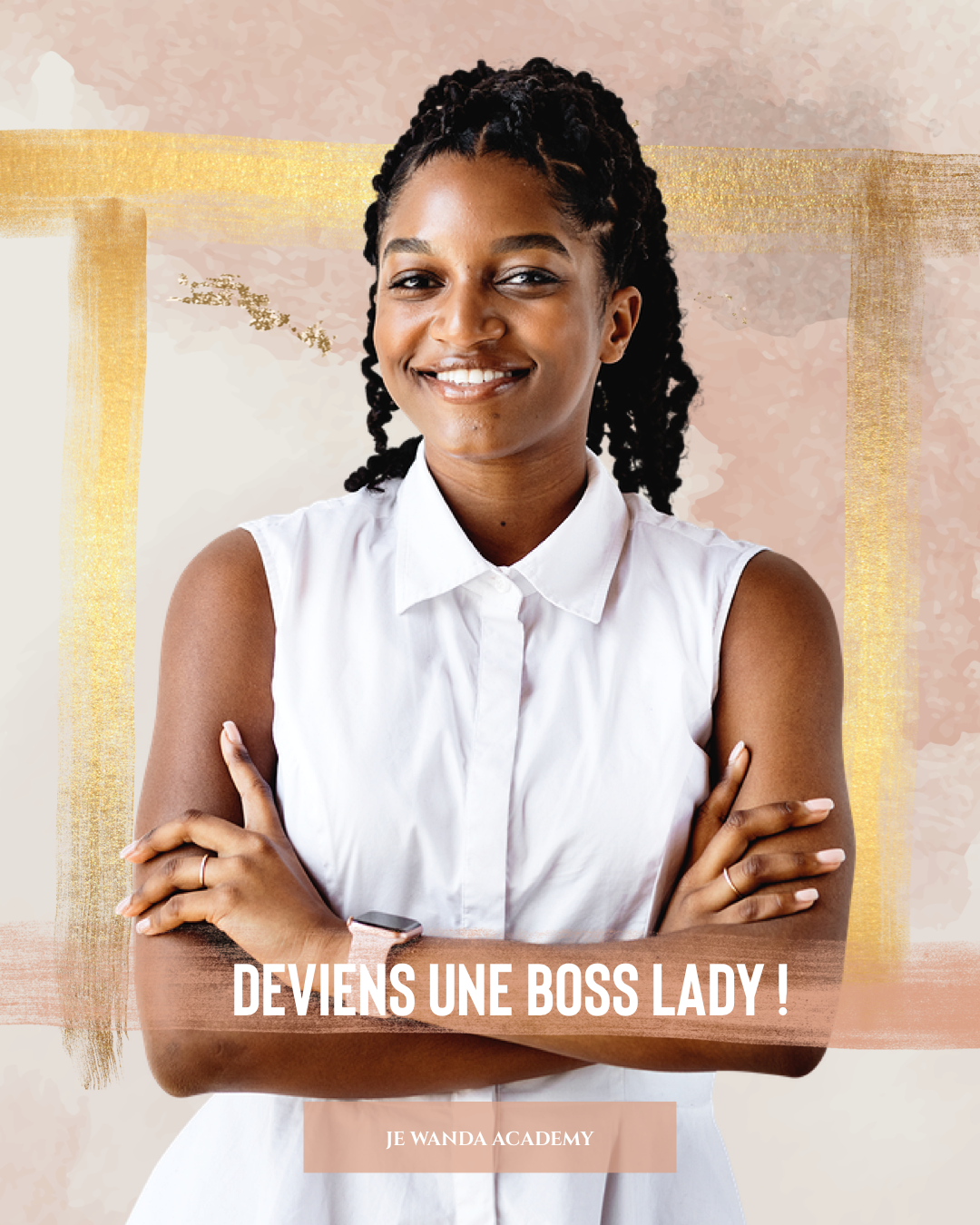 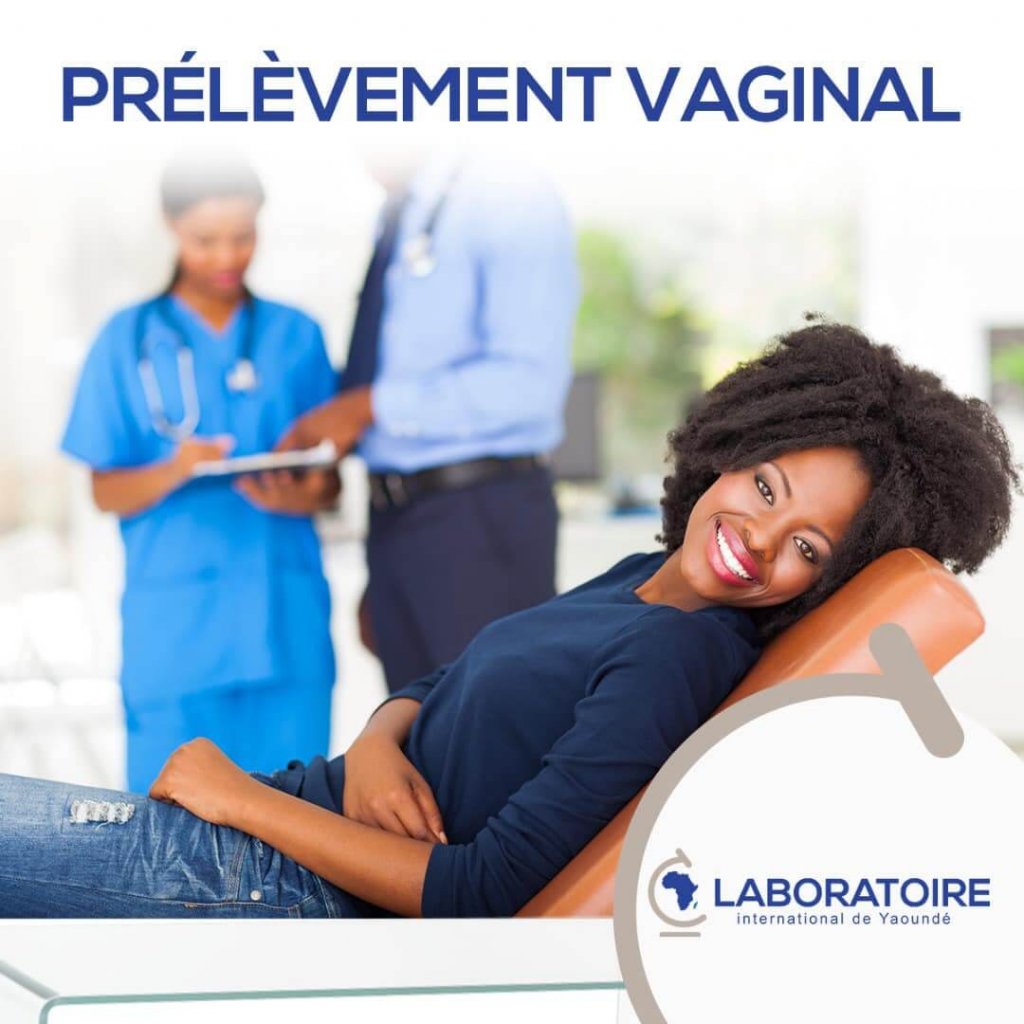 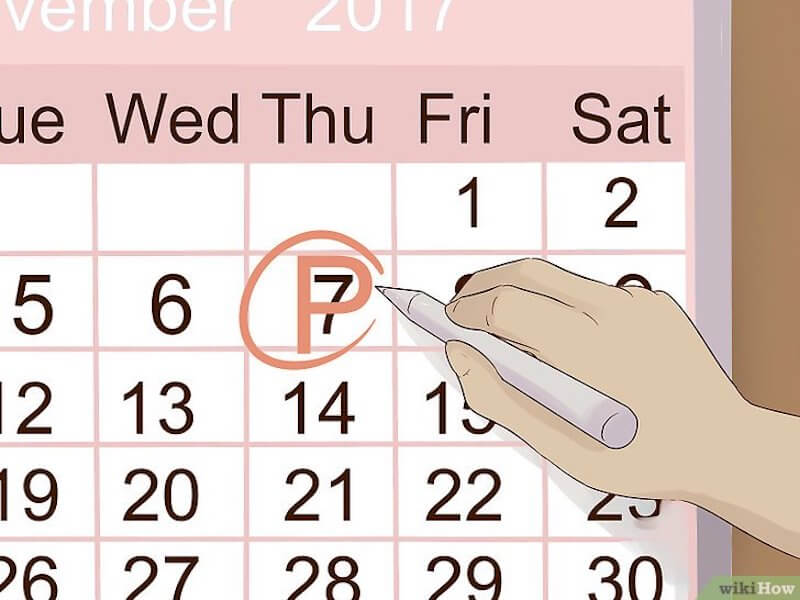